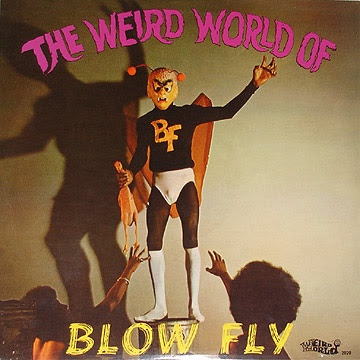 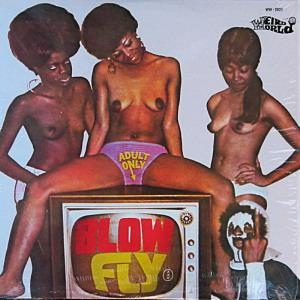 The obit for Clarence Reid, aka Blowfly (they made it one word, unlike the album cover) hit the New York Times today (Sunday Jan 24).

According to the obit, 'Mr. Reid said he began making up his dirty songs as a child as a way of needling white people. "It backfired on me," he said. "Everyone else wanted to please the crackers. I wanted to make 'em mad."

So, he regarded the success of Blow Fly as a sort of failure.

Hey can you maybe re-up WATER by ZOOGZ, the first in the H20 trilogy?
Has been expired...
Kind regards from Phil.

I "discovered" Blow Fly when I was a DJ at WBAB on Long Island around 1982 or so, when I also drove the WBAB Rock Stock race car at Islip Speedway. Everyone would bring out beer and "jungle juice" for the post-race pit parties, and I'd crank up my Blow Fly mixtapes (cassettes back then), and half the people would dance and laugh and the rest would blush and head for the hills!