"I WANT TO PLAY ON THAT GAYWAY..." - POSTCARD RECORDS FROM THE 1962 SEATTLE WORLD'S FAIR 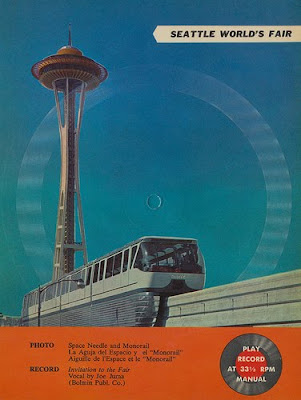 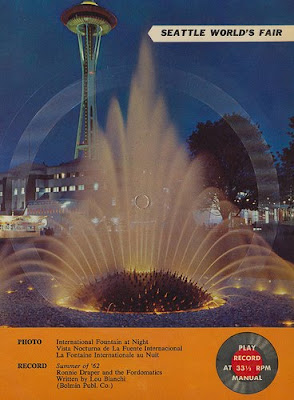 "It's a postcard!"
"No, it's not. It's a record! Lemme play it"
"No, it's a postcard! I wanna mail it!"
(removing pipe:)
"Hold on kids, you're both right - these 6 postcards we bought at the World's Fair can also be enjoyed on any record-player."
"Gee, dad, that's swell!"
(Dad goes back to his pipe, nodding and smiling)
Despite the ridiculous amount of music I have, I'm not really a "collector." I'm more like a bottom-feeder, buying the stuff no-one else wants. But, while visiting Seattle some years back, I really did have to pry open my wallet and shell out $50 or so for these lovely postcard/records. It was so worth it - all six were in mint condition, never played, and they look and sound great. The artists were probably Seattle locals. I found some info on The Frantics and Frank Sugia, but as for the others, they apparently never made the national scene, or even other recordings.

This fascinating article describes some of the literally hundreds of songs written about the Space Age extravaganza known as the "Century 21" World's Fair of 1962, but I couldn't find many. Only two, to be exact, included here as bonus tracks, courtesy of the "I'm Learning To Share" and "Beware of the Blog" blogs. I've also added a song from the soundtrack to an Elvis film shot on location at the fair. (Of course, strange music fans know and love Attilio Mineo's "Man In Space With Sounds" LP, but many other blogs have already posted it.) So this is all I got so far, but it is, to quote Joe Juma, "an acme of delight." 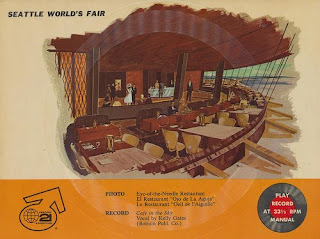 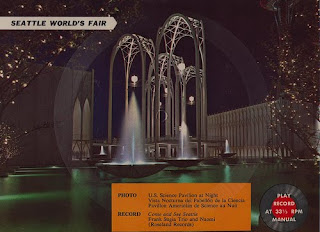 01 "Invitation To The Fair" - Joe Juma (a country stomper)
02 "World's Fair Seattle" - Billy Earles (Man, dig this finger-snappin' lounge crooner)
03 "Summer of '62 - Ronnie Draper and the Fordomatics (frantic banjo-driven hoedown with those white-bread folk-revival vocal harmonies)
04 "Cafe in The Sky" - Kelly Gates (Space-Age organ sounds? Now we're talkin'!)
05 "Gayway Twist" - the Frantics (this rock'n'roller is an instrumental, which, considering the title, is perhaps just as well)
06 "Come and See Seattle" - Frank Sugia Trio & Naomi (an accordion waltz for the Lawrence Welk crowd - Sugia seems to have had a fairly successful musical career, releasing an album in 1967)

bonus tracks:
Elvis Presley - "Take Me To The Fair"
Joy and the Boys - "Meet Me In Seattle"
The Lancers - "See You In Seattle"

I love Manic Hispanic, and their Chicano parodies of punk rock classics, a la El Vez and his Mexican-ized take on Elvis. But then again, I grew up in Los Angeles surrounded by Mexican American culture. And I grew up on punk rock (some of these guys played in crucial SoCal hardcore bands like Agent Orange and the Adolescents.) So I get the jokes. You may not. But, if nothing else, this rocks, and musical pleasures are good enough. 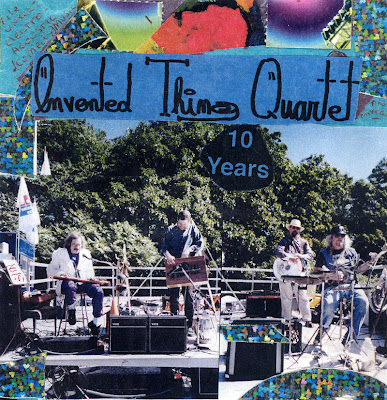 "Invented Thing Quartet...play a variety of junk, cast off and hand-me-down derived , homely, home-made instruments, noise makers, toys, tools and appliances, (with an occasional standard instrument thrown in now and then)...The band explores, interprets and performs original and cover melodies, tunes, songs, poems, stories, course thesis's, drawings, compositions, recipes and summonses on instruments which include the Lid, Plexolyn, 40-Love, Cyclodrone, Merlenspiel, Harpbladder, Tabla, Rake, Adriolian, Blender, Bad Thing, Calimba, Alligator, Short Wave, The Hinge. Various forms of ITQ have appeared at clubs, colleges, institutions, parks, museums, town halls, homes and galleries, lawns and gardens." Tho I don't know if they play anywhere outside of their native Massachusetts - I would imagine that the visual aspect of their shows must be pretty impressive.

Lowlights: lo-fi sound (it's recorded live), but don't let that deter you from listening to these imaginative loonies.
The Invented Thing Quartet - "10 Years"

More info on some of their home-made instruments HERE.
Posted by Mr Fab at Thursday, August 25, 2011 No comments: 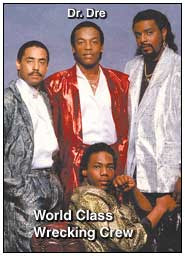 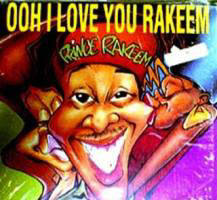 Didn't know what a Vocaloid was 'til I was sent this excellent album, but apparently it's music software that uses actual pre-recorded human voices to sing whatever you program it to sing. Which is, in this case, a festival of sentimental '50s/'60s easy-listening and soundtrack classics. It's all "sung" without instrumental accompaniment, but I wouldn't exactly call it acapella music - the voices get chopped and glitchy. The sweetness of these old songs, however, lends a real warmth that is sometimes lacking in experimental electronica. Really wonderful stuff that sounds like nothing I've heard before - Space Age pop for a happy family of robots.

It's by Kitschstortion, the chap who sent us those rare North Korean albums that we posted earlier this year. You can listen to it streaming or download it HERE. Or just grab it here:

Before They Were Stars!! 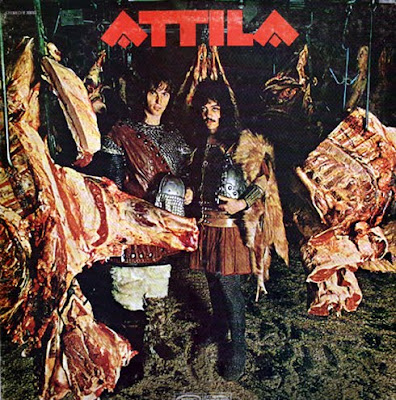 A 14-year-old Björk! Billy Joel goes heavy metal ! Tori Amos goes big hair '80s! Debbie Harry of Blondie in a '60s hippie band that should have been called "Bland-ie"! Nick Lowe rips off The Who! Neil Young and that superfreak Rick James in the same band!

It's all strange-but-true, some of it awful, some surprisingly great. Hey, you gotta start somewhere...

Before They Were Stars (A MusicForManiacs Collection)

Got this email this morning, re: CCC's "Cracked Pepper" mashup album that I posted last week:

THE VILLAGE PEOPLE OF THE PHILIPPINES 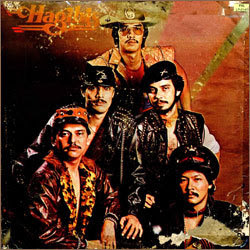 Sometimes even I wonder why I so obsessively write this blog, week in and week out, year in and year out. I'll tell ya why: it's because of albums like this. The universe (or at least the recorded music of planet Earth section of it) continues to astound and delight me, and I just have to spread the word.

Yes Virginia, there really was a 1979 album by a group of Philippino men singing and acting like the Village People. Sung mostly in Tagalog, it features sumptuous full-on orchestrated disco music, a buncha guys in various uniforms singing in unison, campy humor, and non-stop party-time energy. The first song at six minutes long had me a bit fatigued and I was wondering if I should bother with the rest of it, but I did and I'm glad. The fact that a record this ridiculous even exists makes the world a happier place.

The song "Legs" seems to feature vocals from Donald Duck. And dig that poppin' bass on "Nanggigigil."
Posted by Mr Fab at Monday, August 01, 2011 7 comments: