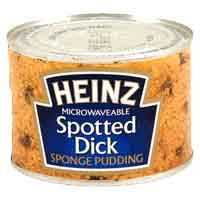 Fun-da-Mental are a veteran rap group based in England whose 2006 song "Cookbook D.I.Y." was banned there because it gave explicit instructions on how to make a bomb. Bandleader Propa-Ghandi is a Pakistan-born Muslim. Though the song is open to interpretation as it is narrated from a number of points of view, Mr. 'Ghandi didn't come off too well when he was interviewed in the new Bill Maher film "Religulous." When Maher asked him about the fatwa against writer Salmon Rushdie, the rapper (aka Aki Nawaz) appeared to condone it. Is he a fun-da-mentalist?

So far as I know, this song is still banned in the UK, and has never been released in the US.

I always liked Fun-da-Mental's music. They were a kind of Indo-British Public Enemy, decrying social injustice and racism over Bollywood-sampled beats. And I dig the music of this tune. But, as I said to my wife, I don't know if the real Ghandi would appreciate having his name appropriated by a group who named their album (from whence comes this song) "All Is War (The Benefits Of G-Had)." She replied, "Yeah, but you liked "Cop Killer"!

Weird trivia: Aki Nawaz played drums in Southern Death Cult, who became one of my favorite guilty-pleasure bands, The Cult. I'll leave any "death cult" jokes up to you, dear readers... 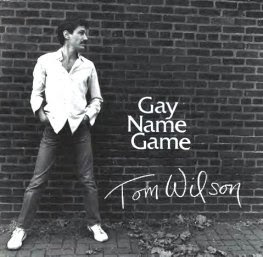 One day in the early '90s, I was looking through one-dollar records in a thrift store when I came across one called "Gay Name Game." With a song entitled "Lesbian Seagull" listed among it's contents, how could I resist? The album is a typical sensitive singer-songwriter acoustic relic of the '70s, though the out-and-proud lyrics certainly set it apart from, say, James Taylor.

Thus, a strange curio from the original gay-rights movement enters the mainstream. It is an amazing tune. And it's original performer, Tom Wilson, is alive, well, and still selling vinyl copies of "Gay Name Game" on his website.

Email ThisBlogThis!Share to TwitterShare to FacebookShare to Pinterest
Labels: Outsider

NIGHT OF THE LIVING MONSTER MASH-UP 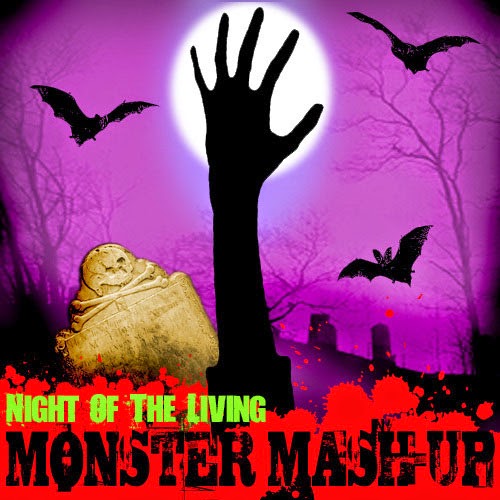 If you're like me, you want it a little spooky all year long, so why wait 'til the 31st? Get creepy NOW! with this collection, the fifth annual international mashup/sound-collage various artists fest compiled by England's DJ Cheekyboy. . 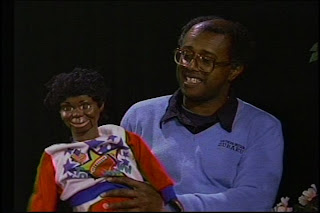 David Liebe Hart believes he was abducted by aliens, hosts a public-access TV program called "The Junior Christian Bible Story Puppet Show," draws pictures and performs music for tips on the streets of Los Angeles, and is looking for a woman.

He has recorded 2 albums: the first (Christian Hymns and Songs of Praise) featured his religious songs from his tv show and was recorded on a tape recorder at a friend's apartment. Taken in small doses, I find the hypnotic droning songs strangely compelling. And this, like many Angeleno's, was my first exposure to Hart's weird world - flipping thru the tv wasteland, I chanced upon the incredible sight of a ventriloquist's dummy named Chip The Black Boy in an already-dated Jeri-curl wig apparently lip-synching to an odd religious song, but not coming close - the dummy's lips rarely synched up with the song being performed, as this video demonstrates.

"Public Access" is his fine follow-up, recorded with a sympathetic soul named Adam Papagan, who had added more sonic color to Hart's previously no-fi production. The song's lyrics, however, are entirely by Hart, and they deal with such subjects as his lack of success with women, people who won't let him play his music, space aliens, his nice apartment, his church, racism, the importance of public-access television, show-biz folks he has worked with (Gary Marshall "used" him, and Robin Williams won't return his calls) and, in the 13-minute "Story of David Liebe Hart," his entire life's journey. He remains upbeat and optimistic and looks forward to a long life and future songs. From his web site: "He is also looking to meet young, attractive, single women. If interested and you meet these qualifications, please call him at 213 3810791. If he is not there, leave a brief message and what you'd like to say with your return phone number and the best time he can call you. Say it slowly and clearly and repeat it twice, and he will return your phone call as soon as he comes in. (serious calls only)."

The album's opener is a dandy minute-long statement of purpose; "Korendian Honk" is a disturbingly sincere ode to aliens, complete with an actual phone message intro announcing his plans to visit the "Korendians."

MY TRIBUTE TO TONY ALAMO

Today's mp3 is the most spectacularly awful music I've heard in a while, a kitsch epic. But there's more to it then just that.

The tract was a conspiracy theorist's wet dream, claiming that the Catholic Church controlled all the major media outlets, and told every big business and politician what to do. As someone raised as a Catholic, I was outraged! What! I exclaimed, Where's my major tv network or magazine that I can control?!? All the years we spent on parochial school, going to church every Sunday, giving who knows how much money to the collection basket - why weren't we in on the conspiracy? Not fair!

Alamo used child labor to make ugly jackets for rich idiots, was wanted on tax charges, and fled town, leading the FBI on a cross-country chase that, at one point included stealing his dead wife's body from a tomb and carrying it with him while still on the lamb!

Like so many religious/cult leaders, he makes music, much of it country, with gospel-style vocals, all dominated by Alamo's warbly baritone. Doesn't get much better then this tune, which might be a more recent recording, judging by his aging voice. He bellows out the lyrics like a drunk hollering "Wind Beneath My Wings" at a karaoke bar, while the increasingly bombastic music overwhelms the listener, like a Phil Spector production for the deranged.

Tony Alamo: My Tribute - To God Be The Glory

His website is a monument to paranoid madness. A supposed Jesuit oath claims that, in their war against non-Catholics, Jesuit priests are sworn to '...hang, burn, waste, boil, flay, strangle, and bury alive these infamous heretics; rip up the stomachs and wombs of their women, and crush their infants' heads against the walls," and an interview with a mafioso claims that "Bush, the Pope and other top Vatican and U.S. government leaders had prior knowledge and help organize 9/11...to get their hands on all the gold that was hidden below in the Twin Towers." Golly! No wonder the powers that be are always persecuting Pastor Alamo. 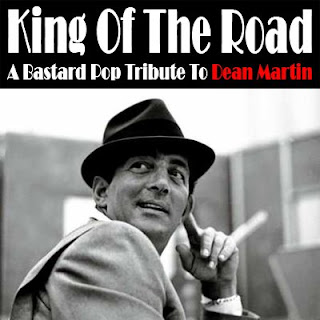 Compiled by DJ Clivester, "King Of The Road" is a brand new variety show mixing Dino with rock, electro, reggae/ska/dub, kooky samples, excerpts from Rat Pack shows, even some swing. My favorite might be this gem from Austria's DJ Schmolli, giving Mr. Martin a '60s soul groove:

DJ Schmolli: My Girl Is King Of The Road

And then there's this mutation, featuring a barnyard's worth of Beatle-besotted animals backing Nancy Sinatra, Dean, and a spot of the Beach Boys.