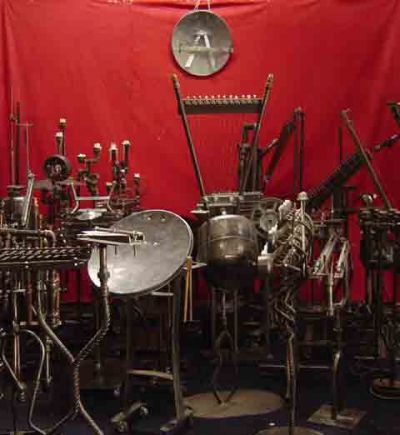 Alex Ferris is quite obviously a genius, a 62-year-old inventor/composer who lives in the desert with his large array of giant, weird, hand-built musical instruments tuned to microtonal scales. It all sounds so impossibly obscure, esoteric, and outsider-y, but the music is beautiful. Even with it's lack of conventional instruments and standard Western "do-re-mi" scales, it's compulsively listenable. It helps that The Anarchestra (which could mean anything from Ferris solo to a large group) has a very tight rhythmic sense. His earlier pieces, performed in 4/4 time, have almost an Afro-Cuban level of funkiness. Not the sort of thing that gets play in discos, but it should.

Tho these are all instrumentals, with no noisy guitars or shouted vocals, the punk influence is clear, not just in the band name, but in the economy of the compositions. There's no long intros, drawn-out endings, or endless noodling. A piece begins with most of the instruments playing at once, all locked in, then a few minutes later, it stops. All that's missing is Dee Dee Ramone shouting "1, 2, 3, 4" between each track. There's a lot of albums, but it doesn't take hours of wading thu it all to find something good. You'll know right away. And what could be more DIY than building your own instruments?

Ferris' instruments don't create too many harsh noises. Percussion, strings, winds...it's all  so musical - the heir to the Harry Partch/Moondog legacy of eccentric visionaries. More recent albums have an almost meditative calm to them, but it's more "In A Silent Way"-era Miles Davis than New Age. Too much banging-and-clanging for the yoga set.

I actively seek out both invented instrument and microtonal music, so I'm amazed that I haven't heard of this guy before, but he seems to have made little effort to connect to the music world, even the avant-garde scene. He has been coming aboveground lately, releasing an enormous amount of music on his

It's all very consistent. From what I've heard, I'd say that you could jump in anywhere, the water's fine. I happen to be listening to the "KLEKT" album as I write this, and it's probably as good a place to start as any. Highlights include the wonderfully spooky "klekt 12," and the all-too-brief 1 minute long "klekt 7." Some tracks could be "Rain Dogs"-era Tom Waits instrumentals.

Speaking of Harry Partch, I was amazed to read that Paul Simon is using some of Partch's instruments on his latest album. Oh great. He'll probably ruin microtonal music the way "Graceland" drove people away from the glory and wonder of African music, which sadly, to this day, still has yet to shake the hippie/urban trendy/"World Music" tag. Still, I am a little curious. Not curious to have actually listened to it yet, tho. Have any of you? Is outsider music made on homemade instruments the new NPR fad?

Here's something you most certainly will like listening to: that wonder from Down Under, Buttress O'Kneel, who's the one who hepped us to the Anarchestra in the first place. Thanks, BOK! And dig the latest release from the mistress of mad mashup madness and berserk break-core:

"Lemons": made entirely from 2 recent Beyoncé songs, chopped and sliced like, well, lemons.

Why, lookee here, it's our super-swell pals from the Growing Bored For A Living Blog. You know, the ones who slipped us those nutty "Sesame Street Disco" albums. Let's find out what those crazy kids up to now:

Hello, all. Been 6 months since I've had something cool to drop in the M4M cauldron. Found this in a cobwebbed corner of the Internet long ago. Needless to say, the title jumped out at me. Quite a handle, huh? 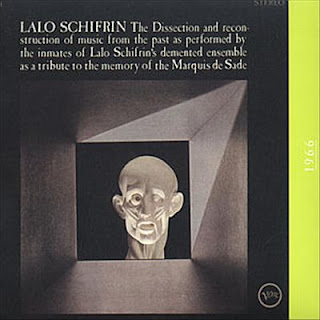 So, what is it? Well, with a title like that, you'd expect it to  be someone screaming into a piano soundboard while some other Mad Hatter banged a pan and recited snippets from "Philosophy In the Bedroom" or "The 120 Days"? Something like the audio equivalent of watching El Topo, maybe?

No, it's actually just a jazz album, and I admit one that's not near scary enough for a title like that! Mr. Schifrin  was known at the time for his jazzy film scores like The Cincinnati Kid or the Mission: Impossible theme. He doesn't stray too far from those roots. What he does do though is take aspects of 18th century music and apply them to a swinging, mid-60's jazz context.

You hear the gentle opening guitar notes of "Renaissance" and you can imagine them being played on a harpsichord. When an actual harpsichord shows up on "Beneath The Weeping Willow Shade", it seems appropriate under those period-style vocals. And then when that track kicks into gear, it still works. And man, on "Versailles Promenade", the guy is working that harpsichord like Bud Powell! 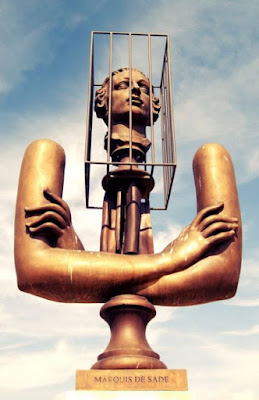 It's brave that the title track, "Marquis De Sade", has the most pop melody of the whole set. Imagine seeing that song on a hit parade! "Blues For Johann Sebastian Bach" is a great piano-led swinger. "Bossa Antique" is a dark little number, reminding me more than a little of Angelo Badalamenti's work for David Lynch.

Putting this in a kind of historical context - this album came out in 1966. Ten or fifteen years before, De Sade had gotten his first major reprinting and critical reassessment in his native France. The play Marat/Sade had opened in Germany in 1963. In fact, this album's long title is a homage to the full title of that play -

So, in a way De Sade was kind of an icon of the underground/avant-garde back then. How he inspired this well-played but still mainstream jazz album is beyond me. The Sixties were a strange time all over, I guess.

But this is a swinging little oddity! Put out by Verve Records, produced by Creed Taylor, recorded by the great Rudy Van Gelder. Was put out as one of those Limited Edition CDs, now runs for $100 or more. Files sound great @320 Kbps, and also includes full art.

Thanks for checking this out, and as always feel free to poke around Growing Bored For A Living. We try to keep it eclectic, something I learned from our esteemed Mr. Fab here at Music For Maniacs. Stay crazy, everybody. The Marquis did....

I (and my family) now own the Frank Zappa family cat. Said cat was given to us by the queen of the groupies, Pamela Des Barres. No, I'm not making this up.

Frank Zappa died over 20 years ago, his wife Gail just died last year, and as you may have heard, there has been a much-publicized and unpleasant squabble amongst the four Zappa children. But one thing Ahmet, Moon Unit, Dweezil, and Diva can agree on is: no-one wants Gail's cat.

Enter Miss Pamela. The best-selling author of "I'm With The Band" has known the Zappa  family since Frank's old band the Mothers of Invention ruled the Sunset Strip in the late '60s.  Ms. Des Barres used to babysit the Zappa kids, and Frank produced and played on the one and only album by des Barres' groupie-group, the GTOs, aka Girls Together Outrageously. 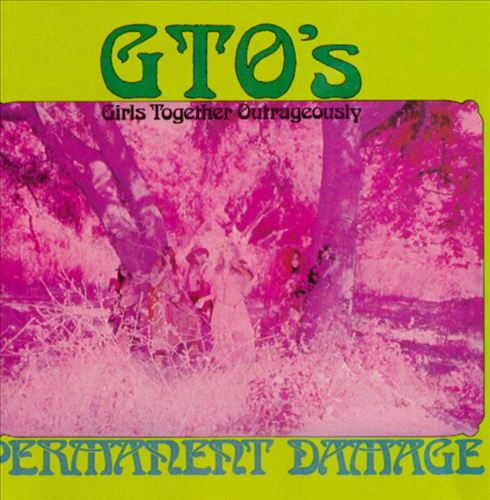 But Pamela couldn't keep the kitty. He did not get along with one of Des Barres' other cats so she put the word out that the Zappa-cat was free to a good home. Instead, he ended up in mine. Kidding! But yeah, my wife learned of this thru the social-media grapevine, and now we own Bongo. Who I hope is not named after the Zappa/Captain Beefheart album "Bongo Fury," because a furious cat who has not been de-clawed suggests another Zappa album title: "Weasels Ripped My Flesh."

But he seems fine, so let's celebrate the arrival of the newest member of the family with this true cult classic of an album. Des Barres and her fellow scenesters were most certainly not trained singers, but I wouldn't have it any other way - their daffy enthusiasm is a beautiful thing to behold. And in any case, they receive sympathetic assistance from not only The Mothers, but Davy Jones of the Monkees, Jeff Beck, and an out-of-place Rod Stewart. Tho just about anyone normal and mainstream would sound out-of-place on this unselfconsciously kooky mixture of gossipy, sometimes lurid spoken word (subjects include: Beefheart's choice of foot-wear, and foxy 11-year-old boys who resemble Brian Jones), guest appearances (a kinda creepy Rodney Bingeheimer), and surprisingly catchy eccentric pop songs. Day-glo earworms!

The G.T.O.’s write all their own lyrics & no subject matter covered by these lyrics was suggested by any outside source. The choice of subjects is a reflection of the girls’ own attitudes toward their environment. The G.T.O.’s hope you like their album. — Frank Zappa
Posted by Mr Fab at Sunday, July 03, 2016 8 comments: