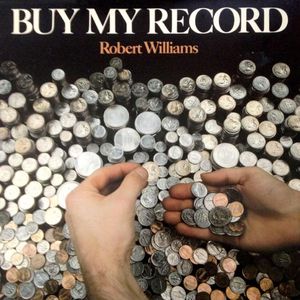 Wow!
I've seen that Judge Judy clip numerous times over the years but I have never connected Robert Williams with the Beefheart Robert Williams!
I remember watching that and thinking "that's it for that drummer's career".
Hilarious!
Now I wanna see it again!

"that's it for that drummer's career" - hmm, well, he doesn't seem to have had any credits since then...

Wish I still had my VHS copy of the show. SOMEONE must have one.

Never saw the original, so no idea how much has been stripped out of here, but..

Thanks anon, yep that was just a short clip, not the whole segment, but it def gives a sense of what a hopeless case Williams had. When the judge is calling you Yiddish insult words, you don't stand a chance. And that clip does contain Johnny's priceless closing comment "fairly obvious conclusion!" that my wife and I have been quoting for years.

ok...wow. I;d say this was fairly awesomely awesome. A Beefheart crony should be a blessing. Like Snakefinger for example.

Wow, I didn't know that Robert Williams or Tito Larriva were in Eazy Teeth! They also had three tracks on the Red Spot compilation LP (Subterranean Records, 1981).

"Red Spot", forgot about that one. Pretty sure I did have a copy. Maybe I still do...