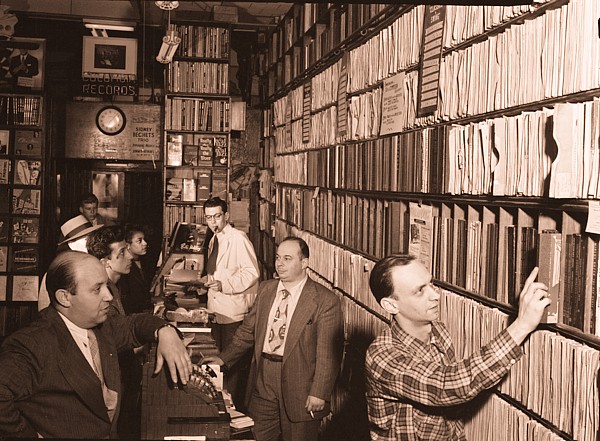 Count Otto Black returns!  With a further batch of awesome audio oddities and atrocities from the first half of recorded history. Perhaps even more spectacular than part one. The Count sez:


Firstly, for no reason at all, Oscar Quam the professional bird impersonator demonstrates in all seriousness that he can convincingly call crows. Why would anyone go to a lot of trouble to learn how to attract crows? Are the edible? Anyway, Oscar Quam could do it. Perhaps he was a sort of anti-scarecrow who made a living standing a long way away from the crops decoying crows? Who knows!


And now for something completely different. I haven’t the slightest idea who Mister Goon-Bones was, except that he plays a mean set of spoons! And it’s not often that you encounter a band consisting of spoons, piano, banjo and organ.
Moving swiftly on, Irving Aaronson and his Commanders go very convincingly insane over “Wimmin Aaah!”,  and Kenny Roberts telling us how "She Taught Me To Yodel" because - well, just listen to him! - why was a vocal style this bizarre every popular, however briefly???

Ever onwards and upwards - here's a very ancient recording from the Van Eps Banjo Orchestra, who give us "My Hindoo Man" - obviously nothing evokes the Mystic East like massed banjos and loud mysterious scraping noises. And we can't not have another one from at least half of the Two Leslies (Leslie Holmes is the tall one with the glasses).

Moving swiftly on, the Milt Herth Trio inform us for no particular reason that "The Monkeys Have No Tails In Pago Pago", and in a throwback to a much more innocent age, George Beaver solemnly explains that he likes to ride a camel because it goes bumpity-bumpity-bump.

"The Laughing Policeman" is sung by, of all people, Paul Robeson! (Given his commitment to fighting for the rights of black Americans, I can't help feeling that there may be a certain amount of intentional irony involved...)

The original version of a record which I presume must once have been a big hit, since it was parodied by Spike Jones as "Hawaiian War Chant". I don't speak Hawaiian, but it sounds to me as though it wasn't terribly serious to begin with, and may not be in any language at all. [Indeed, every other Hawaiian and exotica record of the '50s had a version of 'Hawaiian War Chant' - MrF]
And another one from the Two Leslies. This was a big hit for them, and spawned a catch-phrase that was still around as late as the 1980s, when on the occasion of the sinking of the General Belgrano during the Falklands War, British tabloid The Sun printed the magnificent headline "Umpa, Umpa, Stick It Up Your Junta!"

"You Gotta Go Owww!" was the first and most obscure of the singles released as Goon Show spin-offs, and was sung by Spike Milligan.

And of course the song with possibly the best title ever: "Who put the benzedrine in Mrs. Murphy's Ovaltine?"

Part 3 coming soon.
Much thanks once again to Count Otto Black!
Posted by Mr Fab at Friday, June 28, 2013

Greta collection, but I think you'll find that The Laughing Policeman is by Charles Jolly -

It's something of a British Music Hall classic - and was still being played on BBC children's radio shows up to about 35 years ago - that's where I first heard it, and I've loved it ever since...

The name that I've always seen connected with The Laughing Policeman is Charlie Penrose. (Maybe Charles Jolly was a stage name.) He was an Englishman who recorded maybe dozens of laughing songs.

A very good parody of Laughing Policeman is The Laughing Tax Inspector by Ronnie Barker (of Two Ronnies fame), which may have performed only on BBC radio or television.