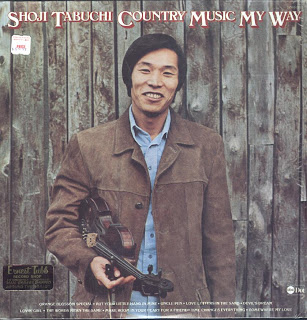 
This has been another wonderful Windy contribution.
Posted by Mr Fab at Thursday, October 25, 2012

Thanks. And thanks for the Levy/shit-fi link, quite interesting. Kind of info almost never to be found in music history books.

After listening to one song by this dude, I feel exactly like Bob, The Scared Data Miner's avatar/photo/picture.

I first got into strange Asian covers about 25 years ago when eating in an Indian restaurant. The music playing sounded like typical "Bollywood" background - that is until the female vocal started... Amazingly enough she was singing Dolly's "Jolene", and the rest of the album - wonderfully - consisted of more of the same. Unfortunately never did find out the name of the artist/album in question - none of the staff had any idea. Can't tell you a damn thing about the meal, but I've never forgotten the tunes...

BTW - Try to find a copy of a single by Chappie called "Run Run Run" - it's Japanese pop/reggae that came out on the Major Force label (a CBS/Sony backed venture). It took me at least 10 listens to realise that Chappie was singing/rapping in English. I'd happily send it to you, but I only ever had it on a promo cassette, that sadly I can no longer find.

You could look for "Tokyo Boogie Woogie" on a 1950s-something Columbia single. I think that song (I have the red label 45) was on M*A*S*H.

I'm looking for a pops Hong Kong album by someone, I think, Cheng Kam Cheong, who did a version of Glen Campbell's "Rhinestone Cowboy," among other titles. It got past me!!!

If any one goes to Branson, i of course expect a full report on my desk by Monday morning.

Nick - wish I could help you, sounds great, but man, that Bollywood Indi-pop scene is a vast ocean of sound that would take multiple lifetimes to explore. I'm still looking for the 'hits of Abba in Hindi' album that John Peel played on his American show, like, 20 years ago. Oh, and re: Chappie, is THIS your card?
http://soundcloud.com/yujin-curtis/1989-run-run-run-chappie

Windy, you included Tokyo Boogie Woogie on your 'songs from the sewer' collection. Me likee.

I found this album in a record shop for $5.00 years ago and consider it one of the gems of my vinyl stash. "The Words Mean The Same" has one of the catchiest damn choruses that'll stick in your head and those who I've played it for they never forget it. I think what draws me to this album - aside from the oddity of a thick Japanese accent singing American country songs - is the fact that it's apparent that this man LOVES what he's doing. The words 'sincerely trying to sing' in the write-up describe where he's coming from: A deep love and respect for the music he's putting out. Sincerity, along with the camp factor, really make this album worthwhile.

Link's expired. Any possibility of a new link please?