MUSIC MADE FROM SOUND EFFECTS 2 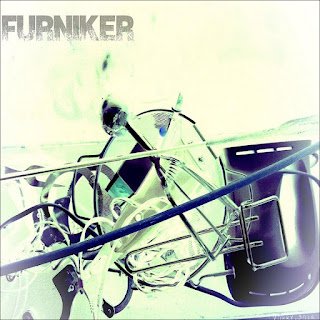 A year we ago we wrote about artists such as The Fruiting Body who make music out of everyday sounds. I am happy to say that this trend is continuing. People of Earth!  Your musical instruments are...OBSOLETE!

We salute you, France, for you are the country that gave us, among other things, musique concrète. And Furniker (aka Franz Schultz), who might literally be making concrete music - I would not be surprised if an actual concrete mixer was featured in the track "Construction Site." That's a song featured on Furniker's brand new, all-too-brief, 4-track 'net release that takes everyday stuff (song titles include "In The Kitchen" and "Work") and samples and loops them into a rhythmic, compelling din. You won't find too many hummable melodies here, but if you like industrial music, well..this really is industrial. 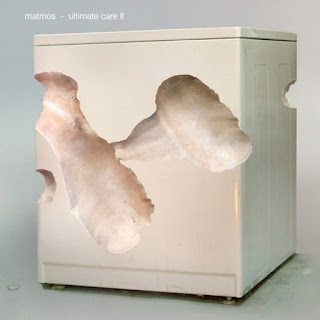 Sneak previews of two forthcoming albums that I am very much looking forward to (bookmark this page!):

The great Matmos have released a track from their forthcoming (Feb 2016) album named after the only "instrument" they used to make it: a Whirlpool "Ultimate Care II" washing machine. Dig this swell percussion jam that will also make whites whiter, colors brighter:

And Miles Copeland (the IRS Records founder/manager of The Police, I assume?) will be releasing this Dec. 10th a collection of his field recordings of the "Sea Organ" built into the coastline of Croatia. Waves roll into tubes of various sizes, creating a theoretically endless, random piece of music. Quite lovely. Two tracks for, if you'll pardon the expression, streaming, are now up:
"Sea Organ"

Thanks to James Carroll!

i couldn't help myself... i opened up the Furniker in archive.org, the Sea Organ in bandcamp, and the Matmos in soundcloud... and played them all together. :)

You recorded it, I hope?!

haha, no! but i have recorded other such experiments. for a while there, i was constantly opening up all sorts of youtube clips and ambient music and sound effects and field recordings and just overlaying them and recording the whole shemozzle, live, unedited. i was going to call the project "THE INTERNET", but i think that's been taken now (by some hiphop band?). i think i still have some of the recordings, but i may end up tossing them in the "i keep running out of room on my old old old computer so it's time to delete some old files" basket. we shall see...

(by the way, LOVE that daxophone stuff. it's much more musical than i was expecting. been listening to a great randomplay mix of that album, Battles' new one La Di Da Di, some "ultimate mix" of the Beach Boys' SMiLE that someone made, and the Love and Mercy mashuppy movie soundtrack. they all go together so well!)