Better Than The Beatles! 26 Tunes That Failed to Oust the Fab-Four From the Charts 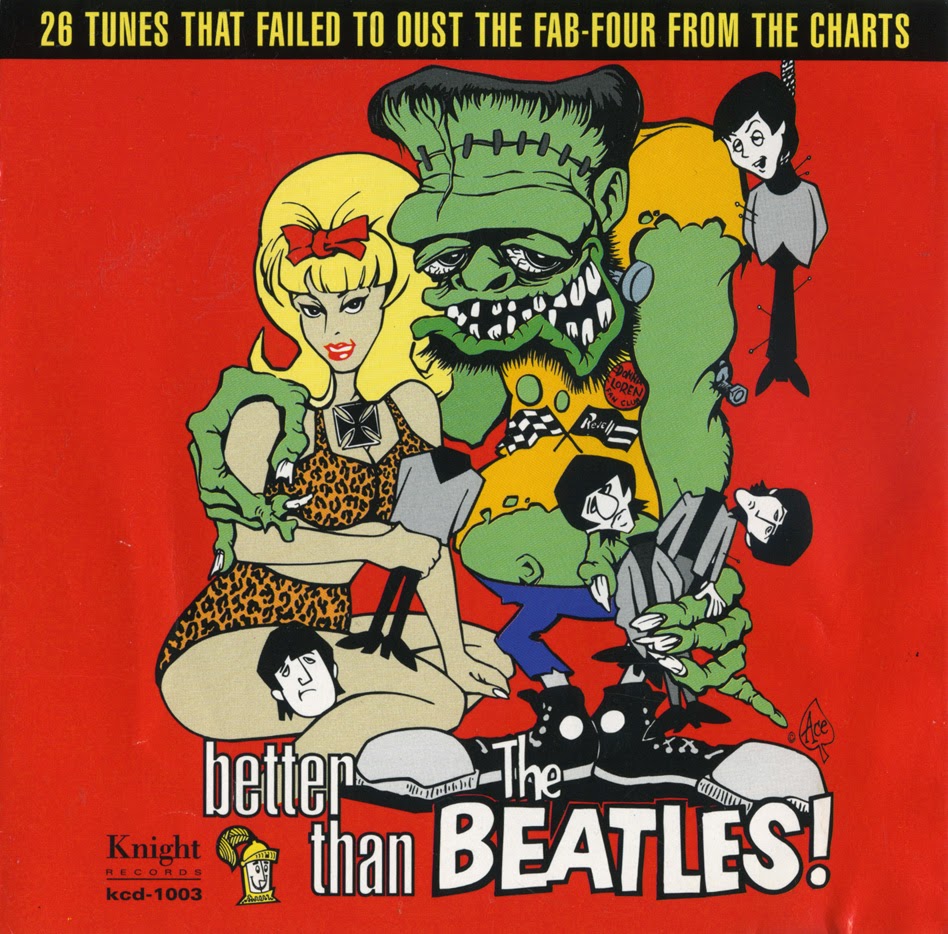 Four things learned from this album of recordings released  1963-1965 as a reaction to the Beatles U.S. invasion:

1. The "greatest band of all time" was widely resented/disliked.
2. Some thought they were from London, or apparently didn't know there was a difference between Liverpool and London.
3. Ringo was the most popular Beatle.

Obviously, history has altered our view of the Fabs (no relation) a bit since then. And although the Rolling Stone magazine/rock critic mafia would disagree, I also learned that:

4. The American rock'n'roll scene did not need "saving": there's plenty of great surf, garage, hillbilly, r'n'b, novelty, and girl-group sounds here that sadly would be kicked to the curb until its punk revival more than a decade later.


Better Than The Beatles! 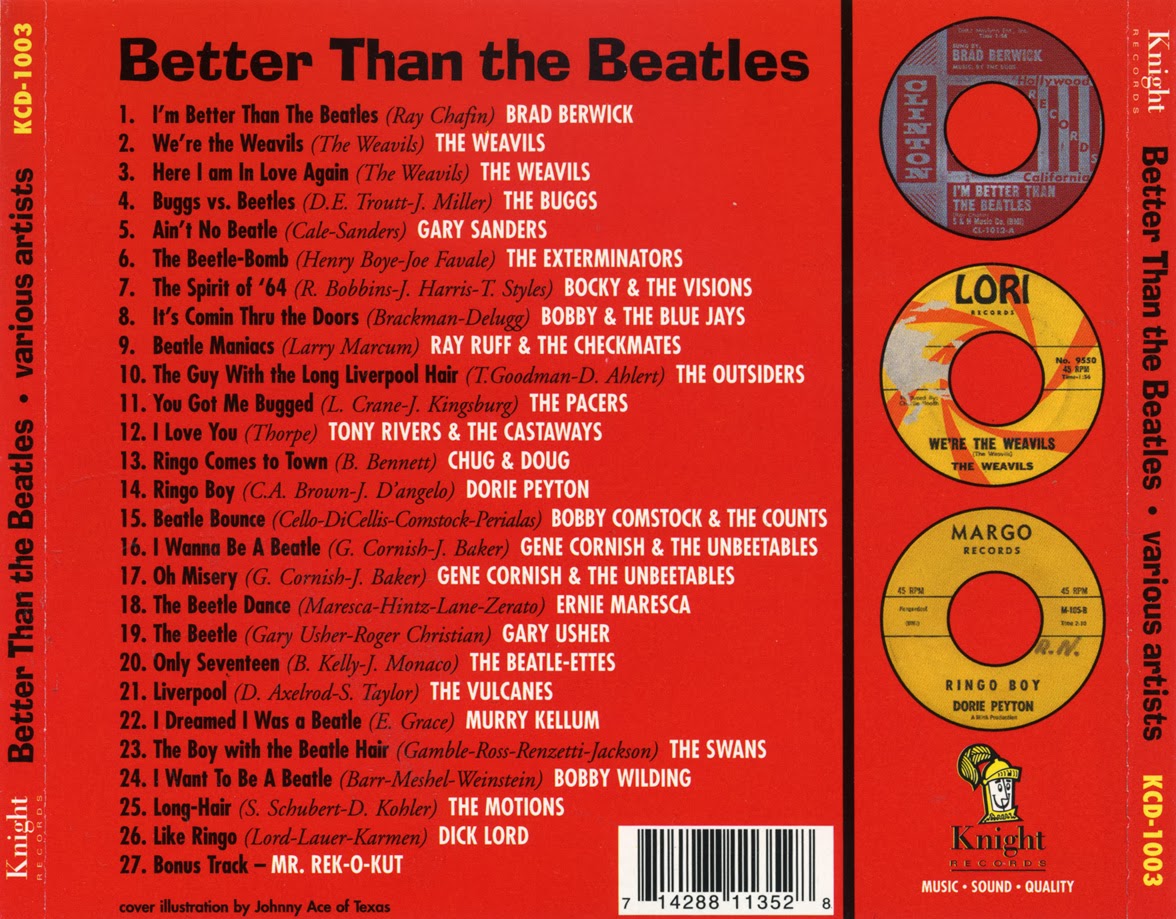 Lol Yes! Rolling Stone acts like there wasn't even music before Elvis or The Beatles! They were unpopular with music fans when they first came abroad. They were no different from other pop bands. However, during their psychedelic phase, they released phenomenal albums. Those albums are universally respected. Revolver, Sgt. Peppers, etc. It was really around 1967 probably when they were called the best band ever :)

I actually do like the Beatles just fine - they were my faveoroite band B.P. (Before Punk) - I just wish American music could have continued on it's way without everybody dropping what they were doing to jump on the British Invasion bandwagon. There wasn't room for both?

There may have been good music before the Beatles, heck, they covered tons of American songs, but the Beatles changed everything, not just music. If you weren't around then, you haven't got a clue. You're just judging them by the music.

If you want to get at least a glimpse of the world of difference the Beatles made, then watch all three original Ed Sullivan shows. Not just the Beatles, but the entire shows. In comparison to all the other acts, the Beatles were like Alien Gods from the future appearing with stone-age minstrels and acrobats.

"File does not exist on this server".
Too bad, since this would make a nice companion piece to my "Beatlemaniacs!" CD from Bear Family:

It's a lot of fun, especially the Four Preps' "Letter to the Beatles" and "John, You Went Too Far This Time" by Rainbo (aka Sissy Spacek!).

It's back.
That Bear Family album looks great, like an improved expanded version of the "Beatlesongs" album that Rhino put out in the
'80s

Thanks for re-uploading the file! I've never heard of the Rhino album, but the Bear Family disc is worth getting at a good price (Deep Discount had a Bear Family sale a few years back, and I got a few titles for $15-17, pretty cheap for that label).

You are welcome, hey, better late then never, eh?