I had a dream the other night that Elvis Presley was fronting a young, collegiate alt-rock trio called The Masters Of Logic. Elvis, in a white jumpsuit, appeared to be in his '70s Vegas era, and despite the lack of the expected brassy big band, he appeared to be acquitting himself quite nicely with this aggressive guitar/bass/drums lineup. Unfortunately, I can't recall exactly what the music was like. 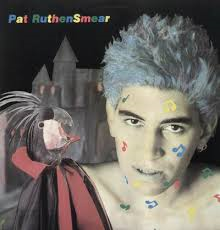 Even more surreal: the fact that a Grammy was recently awarded to a man formerly of a punk group originally called Sophistifuck and the Revlon Spam Queens, who had food regularly thrown at them by audience members, and would throw up on stage.

Smear was in The Germs, perhaps the first true hardcore punk band and certainly one of the most notorious, and I guarantee that no one in the late ‘70s thought that this guy was headed for anything other than jail or a mental hospital. Allow me to cut-and-paste: 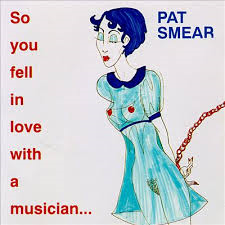 “The band started when Jan Paul Beahm and Georg Ruthenberg decided they should start a band after being kicked out of University High for antisocial behaviour, allegedly for using ‘mind control’ on fellow students. They named themselves “Sophistifuck & The Revlon Spam Queens,” with Beahm (then ‘Bobby Pyn,’ and later Darby Crash) on vocals, Ruthenberg (then and later called Pat Smear) on guitar… the Germs began as an objectively pathetic musical outfit. The first single…arrived back from the pressing plant with the note, “Warning: This record causes ear cancer” printed on the sleeve by the plant staff, much to the band’s displeasure. They were supposed to appear in the Cheech And Chong movie, Up In Smoke but were not invited back mostly due to the fact that The Germs’ anarchic performance included a full-on food fight.... Singer Darby Crash often arrived onstage nearly incoherent from drugs, singing everywhere but into the microphone and taunting the audience between songs. The other band members had similar problems, with many contemporary reviews citing collapses, incoherency, and drunken vomiting onstage."


Darby did in fact O.D.  Smear spent the next decade/plus hanging around the L.A. scene until fate came a-calling, and he joined another band with a lead singer who killed himself, Nirvana. (If I was singing in a band with Pat Smear, I would be very, very nervous.) Nirvana led to the Foo Fighters, who somehow ended up recording with Sir Paul McCartney last year, who all won a Grammy. Forget the Grateful Dead, this was a long, strange trip. 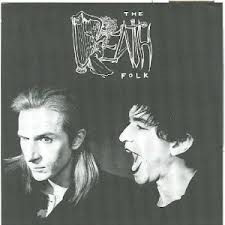 Smear's a great guitarist, and his contributions to the Germs, and punk legend, are inestimable, but as I recall, after the disintegration of the Germs and his subsequent sometimes-excellent band Twisted Roots (whose stuff is in print) in the early '80s, and before his early-'90s Nirvana/MTV stardom, Smear was considered kind of a has-been, wandering thru the L.A. club scene a decidedly minor player. Even recording for the "It" label of college radio, SST Records, didn't help. I rarely recall his albums getting reviewed, airplay, or any kind of buzz.  I knew a grand total of one (1) person who bought one of his albums, and that was just because, y'know, he was the guy from the Germs.  I don't remember actually hearing the album. 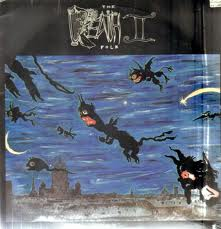 And now Pat's playing with, of all people, a Beatle.  And not Ringo!  A knighted Beatle. And he's winning Grammys. Does the Academy know that they just gave a trophy to a key figure in a scene that was (allegedly) opposed to everything the music industry stood for?  Oops, heads will role!  Or not - if a Beatle says it's okay, then it must be okay. I wonder how many music biz weasels will now claim that they loved punk all along. "Marvelous stuff the young people were doing."

And so Mr. Smear, we salute you, and your half-assed albums. Albums that, to their credit, often fit no known genre, and are almost punk-free. Albums that have never seen digital release (tho maybe they will now).
At least he doesn't sound like he's taking himself too seriously on these four obscurities.

Pat Smear "So You Fell In Love With A Musician..." (1992) Sounds properly grunge - his audition for Nirvana? - but hints of glam still pop thru. As usual, he sounds like he's having fun, uttering lyrics like "Wicked witch, your titties drip red lava 3-D fantasies."

The Death Folk "Deathfolk II" (1992) - No longer acoustic, but grungy glammy pop-rock. This former punk minimalist is not afraid to guitar-wank as much as any arena-rocker. "Medely" honestly isn't that far removed from Styx' "Come Sail Away." Covers The Go-Gos' "Automatic."

Ta for this, Pat has always intrigued me, getting a glimpse into the post Germs limbo will be interesting.

He also shows up in the Shonen Knife tribute comp "Every Band Has a Shonen Knife That Loves Them" (as Pat Ruthensmear), possibly how he came to Cobain's attention.

You should hear the new cover of Shawn Mendes! It's great!