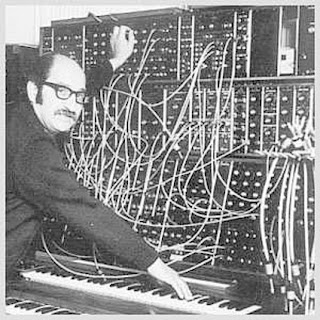 Very sad to read today that Mort Garson has died. As this LA Times article points out, Garson had plenty of mainstream success in the music biz, even co-writing a number one hit in 1963 (Ruby and the Romantics' "Our Day Will Come"), but is primarily remembered today for his bizarre '60s/'70s Moog synth records. There were lots of Moog-sploitation records being cranked out in those days, but what made Mort a strange-music superstar was his refusal to do too many cheezy remake records. Rather, like Dick Hyman and Perrey & Kingsley, he wrote most of his own material. Unlike most Moog-masters who preferred to let their instruments do all the talking, however, he also prominently featured vocalists.

"Electronic Hair Pieces" is the first album of his that I found, for 48 cents in the late '80s (it probably goes for at least 48 dollars now.) Selections from the "Hair" soundtrack done electro-stylee, it's the only Moog remake album of his that I know of. Liner notes by Tommy Smothers! 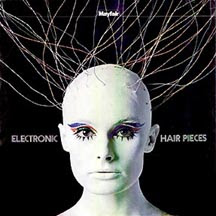 I think some of his best songwriting is on the "Wozard of Iz" Wizard of Oz-inspired concept album, with vocals by no less then Nancy Sinatra (recording under another name). The lyrics for this tune are a kind of beatnik anti-conformist spiel, but still relevant to today. This shouldn't work - someone who sounds like they're from the older generation trying to lay a hip rap on the kids could have been squares-ville, daddy. But it rocks. 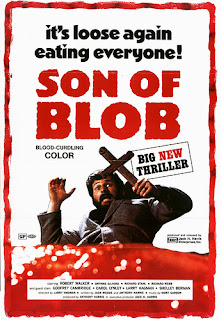 his from the soundtrack to Son of Blob (aka Beware! The Blob) that's also all-synths and rinky-dink early drum machines, but punctuated by breakdowns with screaming people, presumably being eaten by that pesky Blob.

The Blobs: Son of Blob

Garson also recorded albums with black-magic themes. I featured Mort's tune "The Unexplained" on the "Disco Sickness" collection I put together for the 365 Project. Electro-disco...in 1973? If that's not the definition of visionary, I don't know what is.

More Mort: Egg City Radio has six albums available here and here. Office Naps has singles he did with "The Time Zone" and "The Big Game Hunters."

He was writing music 'til the day he died: a suite about San Francisco. Let's hope it gets released.

This slipped under my radar until yesterday morning. It is really sad to hear of his passing.

One weird coincidence was that on the playlist for my show this week the second song I was going to play was Space Walking. I had just recently gotten into his music.

I do hope that suite about San Francisco sees the light of day.

I have a lot of his albums, but didn't know about that single. Excellent, thx!

ah! such sad news, i am a great fan of his. I could not believe it when i read this headliner in google reader. you did a great write up for him, quite nice.

How did he die, you know?

He died of renal failure (aka kidney failure). He was hospitalized so he may have been sick for a bit.

This is the blog that turned me on to Mort Garson.

I found tears in my eyes as I read of mort's passing this evening. This man lived music and worked harder than anyone I have every known to find new ways to create new kinds of music experiences...

I learned so much from him, and wish to thank him here for all he gave me early in my life. I worked for a couple years with him and engineered the Hair album side by side with him. This time was magic for me...

He will remain - One of a Kind

I talked to Austin American-Statesman writer Chris Garcia a couple of weeks ago and he mentioned he was going to interview Larry Hagman. I recommended he ask about SON OF BLOB and sure enough he did. In fact he read Hagman my fabrication-riddled writeup too.