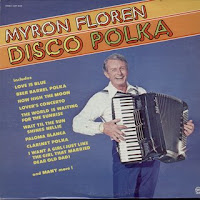 The Disco Demolition event was 30 years ago tomorrow, so here's a sequel to "Disco Sickness," one of my 365 Project contributions and, actually, one of the most popular internet projects I've done. This fascinating 8 minute video of various Chicago news clips details the anarchic event that put the stake in disco's heart (in America at least).

These tunes are funny, awful, sometimes both. Mad Magazine's "It's A Gas" is downright disgusting. Whether they're humorous parodies, kitschy thrift-store atrocities, foreign interpretati 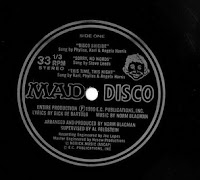 ons, or downright strange outsider oddities, these tunes are never less then highly entertaining. Some I got off the web, such as a couple of other 365 Project contributions, but they make sense in the context of a big sick disco party. And if you liked Myron Floren's disco polka or the Brazilian disco samba from the first collection (or even if you didn't), there's more here - leftovers I recorded off my vinyl but didn't have room for. Lots of covers, even a Kate Bush tune sung by a Japanese group - a true "wtf" moment. I got the sound off the video (that I can no longer find on YouTube) so audio's a little poopy. But it must be witnessed. 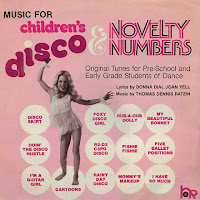 hmmmmm.....funny to see what sounds like my rip of disco's in the garbage as posted on the www.cheezepleeze.com website...I guess I made it when I ended up in a M4M compilation...LOL!

This was cut over a weekend when he was with a station in Winnipeg. writer producer George Raymond emailed me the details, and was rather surprised anyone cared about the song...I guess we still do :)

Ah, THAT'S where I got that song - I knew I got some off the web but didn't remember from where. It's probly in the song's id tag. But with Cheeze Factory's (very understandable) policy of not keeping stuff on line for long, I'm glad to give some of these gems a second chance.

"George Raymond...was rather surprised anyone cared about the song" - it's a historical artifact!

ooh missed your Disco Sickness although I do have the disco version of Beer Barrel Polka I love Disco Polka as you know :-D

More disco evilness! Yay! Coming to a bootleg near you, probly...

P.S. Did you original post Disco Accordion? Still can't remember where I originally got that...

I think April Winchell posted the song you're referring too, so that's why I chose other songs off the same album. Couldn't believe that someone else had that album...

The R2D2-C3PO is definitely evil.It makes me wish I had bought one of the thrift store copies I saw back in the day.

I do have a disco "Close Encounters" Lp on the super low budget Springboard label by "The Mystic Moog Orchestra."Super late both for the label and for Moog records.Not the version you uploaded to the WFMU blog.

hola, I sure wanna hear this silliness ....but the link is Dead any new link to share??

I'll try to get the link back, but am technologically handicapped right now. Might be a while...