Filthy Mondays? If last week's Kay Martin album whet your appetite for songstresses known more for sex appeal than singing abilities, check this 1975 product of the post-birth control pill, pre-AIDS "Sexual Revolution." Music for water beds, wife-swapping parties, and singles bars where people may have actually said things like "Your place or mine?"

This album was released six years after France's greatest musical export Serge Gainsbourg recorded the all-time heavy-breathing classic duet "Je t'aime... moi non plus" with non-singer English actress Jane Birkin. This time out, Serge contributed original songs like the lovely disco-lite title track, and "Bebe Song," one of his catchier creations, all sung by Jane in her best French-as-a-second language come-hither voice. These are mixed with unlikely porno-funk versions of English language standards that are usually sung with a swingin' beat. Dig the fantastic take on Cole Porter's "Love For Sale" that's pure shag-carpet '70s polyester electric-piano sleaze. It's the kind of thing that shouldn't exist, but fortunately it does.


Music by Serge Gainsbourg, words by Philippe Labro; except where indicated 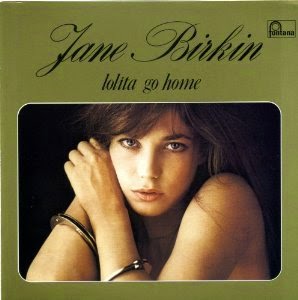 Arranged and conducted by Jean-Pierre Sabar

Thanks again to Count Otto Black!

Excellent post. I totally get what you are saying. I live at the Brevoort with Joe Dallesandro who did a movie with Jane. She would come by the building occasionally and hang out. I am enjoying these themed posts. Keep up the good work and thank you for them all.

Wow, you know Little Joe! Glad he's still around. Oh, the stories I'm sure he could tell...

He's my best friend. My favorite story is when he was 14 and was stealing cars. The cops were on to him and were chasing him. He was entering one of the tunnels, not sure which one in NY assuming the Holland Tunnel and the cops caught in a cross fire. He took a .38 slug that went right through his upper leg. Ouch man! Nice to hear from you.