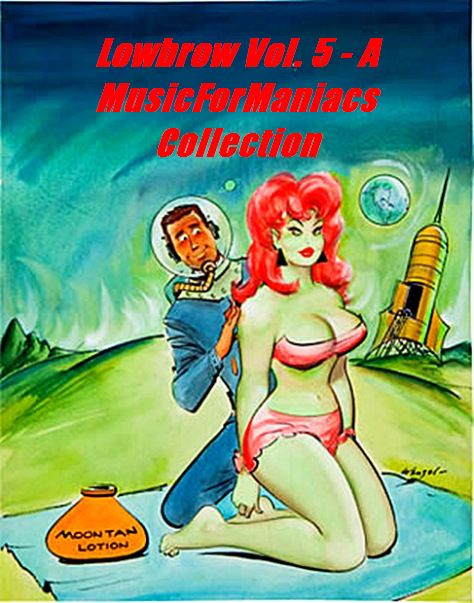 Splendid stuff! Since it's mostly instrumental, perhaps Cosmic Dennis Greenidge could find a use for it, assuming he's still alive? I did notice one serious omission though. Since you're now in contact with one of the original Go-Go's, what about their immortal classic "I'm Gonna Spend My Christmas With a Dalek"?

By the way, seeing as you stated categorically and in quite some detail that we DID go to the Moon, we can presumably expect raving nutters to comment presently to the effect that we most certainly didn't, for reasons of the "Paul McCartney is secretly dead" variety, only less convincing. Personally I'm much more interested in those suspiciously regular "mountains" surrounded by "moats" they found on Pluto. 80 years ago H. P. Lovecraft told us that Pluto, or to call it by the name its inhabitants use, Yuggoth, had wondrous towering cities built by the sentient fungi known as Mi-Go. But did we listen? I just hope that probe doesn't stumble across the tenth planet Mondas, because then we'll have to cope with those pesky Cybermen, and equipping all the armies in the world with gold bullets is going to be really, really expensive.

I've "acquired" a lot of good stuff from your blog; let me offer something to you in return. It's a public domain "nudie cutie" from 1960 that fits in well with the "Moon Tan" theme.

"Two scientists cash in on one’s inherited fortune, and finance their own trip to the moon. And what surprises they find! Blue skies, lush vegetation, identical gravity, gold ingots… But they also discover a civilization of telepathic “moonatics” who look exactly like us – except for two key differences.

"All of them have pipe-cleaner antennae attached to plastic hairbands…and
everyone is topless all the time! Naturally, our intrepid duo must investigate – purely in the interest of science. Of course."

I did include "I'm Gonna Spend My Christmas With a Dalek" on this collection:
http://musicformaniacs.blogspot.com/2012/12/space-age-santa.html

as it is a seasonal song. Tho of course, love songs to psychotic robotized aliens can conceivably be enjoyed all year 'round.

Yes, I do tend to go on a bit when it comes to space stuff - I blame my upbringing in los Angeles when it was bustling with aerospace activity, I had an uncle who worked on the Space Shuttle, etc. I lose all my punk rock cool cred and start to resemble a horn-rim glasses/pocket protector-wearing space-case.

How have I not seen "Nude On The Moon"?! For shame, for shame...and I was just revisiting "Robot Monster the other night. I don't know why, you ever get in one of those moods where youjust want to watch a man in a gorilla suit and diver helmet play with a bubble machine?

Thanks so much for that link, can't wait to check it out.

Ta very much for "Space Age Santa" - that was posted ages ago so I never noticed it before. By the way, Zippyshare seems to be behaving itself better than it was a while back. I think I may have to mashup William Shatner's "Good King Wenceslas" with that Derek & Clive track where they say extremely rude things about Kirk Douglas.

"Nude On The Moon" is of course the second film from the legendarily talentless Doris Wishman, one of the few female exploitation directors (she made this one under a male pseudonym). She's best known for the two Chesty Morgan films, starring the world's worst actress with the world's biggest breasts - in one film she uses them to kill people, and they're so huge it's actually kinda sorta plausible. They're also so huge that they don't look like real breasts that ought to be attached to a real woman, and are thus extremely unsexy, but I expect Russ Meyer would disagree with me if he wasn't dead.

Talking of public domain movies, my all-time favorite is "Horror Express", which wouldn't be in the public domain if they hadn't forgotten to include a copyright notice in the credits. It's the one where Rasputin meets body-swapping telepathic ape-men and Cossack zombies from outer space on a train. Much hilarity ensues. And it's got Peter Cushing and Christopher Lee in it, plus Telly Savalas as a Cossack zombie. From the people who brought you "Psychomania" (a comedy about undead Satanist bikers who worship a levitating toad) and "A Town Called Bastard" (officially the most violent spaghetti western ever made that doesn't have "Django" in the title, and utterly incomprehensible; notable for the mid-air crucifixion of Telly Savalas).

Here is the track list for whatever reason(there were two songs numbered as 28, so it's actually 31 tracks total.)

I really was gonna write out that tracklist soon, i was just feeling lazy! A billion thanks, as Carl Sagan might have said.
And i see that i have more silly cinema in my future. Anyone seen "The Beast of Yucca Flats" wTor Johbson? Just watched it last nite.WOW.

Great collection here! I've always been a huge sci fi fan - so something like this is right up my alley. Thanks for sharing!

I use MP3tag then highlight all tracks > Export as txt file.
more like Beast of Yucka Fats "Nothing bothers some people, not even flying saucers." Think about it, won't you?

Don't you people know anything? It's been proven beyond doubt that Stanley Kubrick staged the fake moon landing.
Oh, and according to discogs.com, #17 Bobby and Betty Go to the Moon is credited to Leo Muller. #21 is the late, great John Carradine.
Thank you.

"Nothing bothers some people, not even flying saucers." Ha, there's not a single flying saucer in the film. Tho another of Beast of Yucca Flats' non-sequitur voice-overs is more appropriate for this post: "Flag on the moon. How did it get there?"

That's right Kenny, John Carradine can bring an impressive amount of gravitas to even the worst dialogue. Says it like he means it, maaan.

Hope you like my nudie-cutie upload. I've seen "Yucca Flats", and actually own two copies of it (with slightly different edits).I sat through "Flats" just so I could say I sat through it. It seems to have been shot without sound; note that when a character is speaking, you see someone else's face (eliminates sync problems).

"Boys from the city. Not yet caught by the whirlwind of Progress. Feed soda pop to the thirsty pigs." Nearly as painful as "Manos: the Hands of Fate"./freddie jaye

"Hope you like my nudie-cutie upload." Watched "Nude On The Moon" last night, and quite enjoyed it. Like a (very) poor mans' Russ Meyer. Amazing how there's like 20 minutes or more in the beginning where NOTHING HAPPENS.
I may have to record that snazzy lounge tune off the video, would go well with this post's "Voyage to the 7th Planet" song.

Yes, that was my caution in the Internet Archive post. All that fumbling around until we get to the "good stuff." I can imagine screening the film with a gaggle of friends and some adult beverages -- laffin' all night long!/freddie jaye

I was just taking a look in dear old Archive, which seems to have substantially reorganized itself lately, and I had no idea how many excellent (or hilariously anti-excellent) movies were in the public domain! Here's a nice collection of mostly sci-fi/horror that covers everything from "Night Of The Living Dead" (George Romero forgot to include that pesky copyright notice in the titles) to complete crap like "Mesa Of Lost Women", "The Beast Of Yucca Flats", and of course "Manos - Hands Of Fate".

And along the way, there's lots of obscure Roger Corman (check out the intentionally dreadful beat poetry in "A Bucket Of Blood"), Francis Ford Coppola's no-budget first movie "Dementia 13", utter bizarreness like "Daughter Of Horror" (in "The Blob", that's the movie showing when The Blob attacks the cinema) and "Carnival Of Souls", the first two Aztec Mummy films, the first Coffin Joe movie "At Midnight I Will Take Your Soul" (which has to be seen to be believed! - by the way, the director, who also starred, apparently stayed in character almost permanently for the rest of his life, and those are his actual fingernails), "Bride Of The Gorilla" (script by Ed Wood), plenty of Bela Lugosi ("The Devil Bat", "White Zombie", "Bela Lugosi Meets a Brooklyn Gorilla", etc. etc. etc.), Vincent Price in "The House On Haunted Hill", Christopher Lee in "Horror Hotel" and "Horror Express", Lon Chaney Sr. in the original silent "Phantom Of The Opera", his useless son actually being not a waste of space in "Spider Baby" (he sings!), and of course, "Yongary, Monster From The Deep", South Korea's answer to Godzilla.

Many thanks for all the funny tunes !
Did I miss Volume 4 ?
Great blog and thanks for sharing !

Chocoreve, I meant to include the Halloween collection 'the Bat Pack' as part of the series but forgot to, so I went back and retroactively made it Vol. 4. So you may already have it:
http://musicformaniacs.blogspot.com/2014/10/the-bat-pack-halloween-mix.html

Thanks for directing me, I had missed this one. D/ling right now !