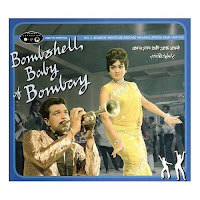 Jeez, I'm practically writing a book here! Let's just start with the music this time so we can get a-rockin' and a-rollin' before I start yammering. Here's some weird, exotic '60s (except for the contemporary group Boom Pam) rock influenced by surf music:
INDIA: "Jan Pahechan Ho" by Mohammed Rafi, for the film Gumnaam (The Anonymous); from Bombshell Baby of Bombay

JAPAN: "Kanjincho" by Takeshi Terauchi and the Bunnys from Seichô Takeuchi-Bushi

ISRAEL: "Gross" by Boom Pam from their self-titled album. Saw these dudes open for The Ventures last year - they use a tuba.

To repeat from part 1: the Rock 'n' Roll Mafia would have you believe that rock 'n' roll had died by the end of the '50s, and thanks to Dylan, The Stones, The Beatles, etc, it was rescued in the mid-'60s. A glance at the American top 100 charts for 1960 and 1961 might lead some to think that. Almost none of the big '50s rock pioneers are represented, except for Elvis, of course, and Roy Orbison, but only after he switched from rockabilly to lush orchestral ballads. There's plenty of teen music, but most of it is of the lightweight pop variety e.g.: Connie Francis, Frankie Avalon. And there's lots of EZ pop, and country. But take a closer look: there's plenty of sweaty rhy 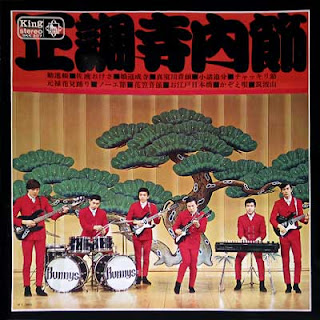 thm 'n blues, groovy girl groups, early soul and Motown action. Looks pretty rockin' to me.
Ah, but that's black music. That's not rock 'n' roll! The rock critical establishment doesn't just have a white-boy defintion of what's considered rock, do they? Why, that would be, well, kinda racist, wouldn't it? Perish the thought!

Even by the white-boy defintion of rock, the surf wave that broke by 1961 disproved that theory of history. Suburban youth with electric guitars were popping up all over Southern California, due to a confluence of influences: early rock instrumentalists like Link Wray and Duane Eddy, mariachi (due to the all-pervasive Mexican influence on California culture), Hawaiian, and Western musics, and the surf lifestyle. Take Wray's slow, dark grind, or the lazy clip-clop rhythm of Western guitar instrumentals, give it a jolt of adolescent energy, drench your guitar in reverb to make it sound "wet," and voila! You're now playing to thrilled teenagers who are rushing out to buy guitars and start their own bands.

And not just in America. Surf music provided an entre into rock for musicians of other cultures and countries, from Europe to Australia, from Asia to South America, where they would often meld it into their own traditions, producing the weird and wonderful hybrids we're featuring today.

I first started getting into India's "filmi" Bollywood soundtrack pop during the late '80s/early '90s, a time when Los Angeles' Indo/Pak community had grown to the point where there was now a weekly TV program showing music clips from Indian films, and grocery stores were popping up all over town selling cassettes. These tapes were often really inexpensive, like 99 cents, so why not visit one of these curry-scented shops and get some mysterious (to me) cheap entertainment? I was surprised to hear the occasional strong surf influence, but have become less suprised the 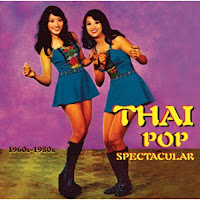 Which makes sense, when you think about it - instrumental music holds no language barrier. All that Dylan-esque wordplay so beloved by the Jann Wenner-types doesn't mean much to a non-English speaking population. But cool rockin' twangy guitars and high-energy dance beats? That's a party in any language.

"Jan Pahechan Ho" was the featured in the film "Ghost World."

Oh yeah, I meant to mention that! And if you get the DVD of "Ghost World" it has the whole scene as a bonus.

This song made Ghost World that much better. Love the video!

Great post! By the way, "Jan Pahechan Ho" was recorded by Mohammed Rafi, and was originally featured in the film Gumnaam (a strange Bollywood retelling of Agatha Christie's story "Ten Little Indians").

Thanks, deanna, I should have been more specific. I'll change my wording.

Takeshi Terauchi is one of my faves. He didn't just ape western styles, he actually incorporated traditional Japanese music into his compositions - a true and original hero.

But I kinda thought surf music was rescued into its rightful place of coolness,when bands like Untamed Youth and Man or Astroman? came along.

I have a mint original Thai Johnny Guitar Lp,I bought out of a five dollar box once ,at a little podunk record show about five years ago.Knew what it was,too.

Sure, WE think it's cool, but the mainstream critical establishment still doesn't. They're so in love with the British Invasion they've even inducted the Dave Clark 5 into the Rock'n'Roll Hall of Fame. I like British Invasion stuff fine, but that's a bit of a stretch. And still no Dick Dale..?